The Tilt program is part of the annual exhibition schedule and has been developed by the Heathcote Cultural Precinct (HCP) Gallery to support local art practice, inquiry and arts practitioners.

Each year an artist is invited to respond to the Point Heathcote site, with its many layered history, by creating a new body of work. Tilt provides local artists with an opportunity to bring a range of ideas and practice to new audiences, plus engage with a heritage site. Tilt is an invitational residency which I was invited to participate in resulting in an exhibition, 182 Days in November 2012.

The title of the exhibition refers to the maximum period of time a patient was permitted to stay at Heathcote, this being 6 months. They were then either released or sent to Claremont Hospital which meant being certified insane possibly never released.

Heathcote Reception Home was established in 1929 as a place of treatment and convalescence and represented progressive attitudes in the treatment of mental illness at the time. It was oriented towards patient discharge rather than an asylum for long term residence. The site provided the patients with fresh air, magnificent outlooks and a country atmosphere far from the bustling city.

As I research the early history of Heathcote Reception Home, I am overcome by the anodyne smell of hospital which has permeated the paper records combined, with the inhumane treatment which pervades my consciousness.

The topics that impact the most are the new therapies and treatments. Despite these were considered new age for mental patients at the time, I still can’t comprehend or reconcile what seems barbaric, especially used on those with frail states of mind.

Some of these treatments were:

Insulin coma treatment (ICT)
Patients were treated repeatedly injected with large doses of insulin in order to produce comas over several week periods. The hypoglycaemic coma made them far more tranquil when they regained consciousness.

Electro-convulsive therapy (ECT)
Electrodes were placed on the patient’s temples and an electric current would be passed though the patients brain. Originally given without muscle relaxant or anaesthetic and very traumatic for patients.

Narcosis treatment:
A patient was put in a prolonged narcotic coma from 21-24 days.

Antabuse:
Anti-alcoholism drug which was administer to patients and would cause unpleasant reactions when the patient was then given alcohol to drink. Residing in share rooms meant that when treatment was administered, each patient would witness the patient before them. This meant observing the overwhelming feeling of dread, fear and seizures before one becomes comatosed or having electro-shock therapy.

Many of these treatments had little or no lasting effects and were in some cases were dangerous for the patient’s health and well-being. They often had terrible side
effects and induced feeling of terror and fear which was often remembered. A few patients were lost during these treatments.

The Heathcote Museum holds instruments in neat display cabinets, appearing more like tools of torture than therapeutic implements. Long probing stainless steel pliers, sharp ended tongue forceps and mouth gags imprinted with the name of the men who invented them.

I set out to make work based around this literature and the objects in the museum as well as my own experiences. Having recently being diagnosed and suffering from a
chronic illness which then manifested into a period of anxiety and depression, I contemplated how my own delicate mind would have survived in this environment.

Some days it became too difficult to read or even consider the material and task I had ahead of me. For the first time in my artistic career, I wondered if this artistic challenge was more than I could manage. 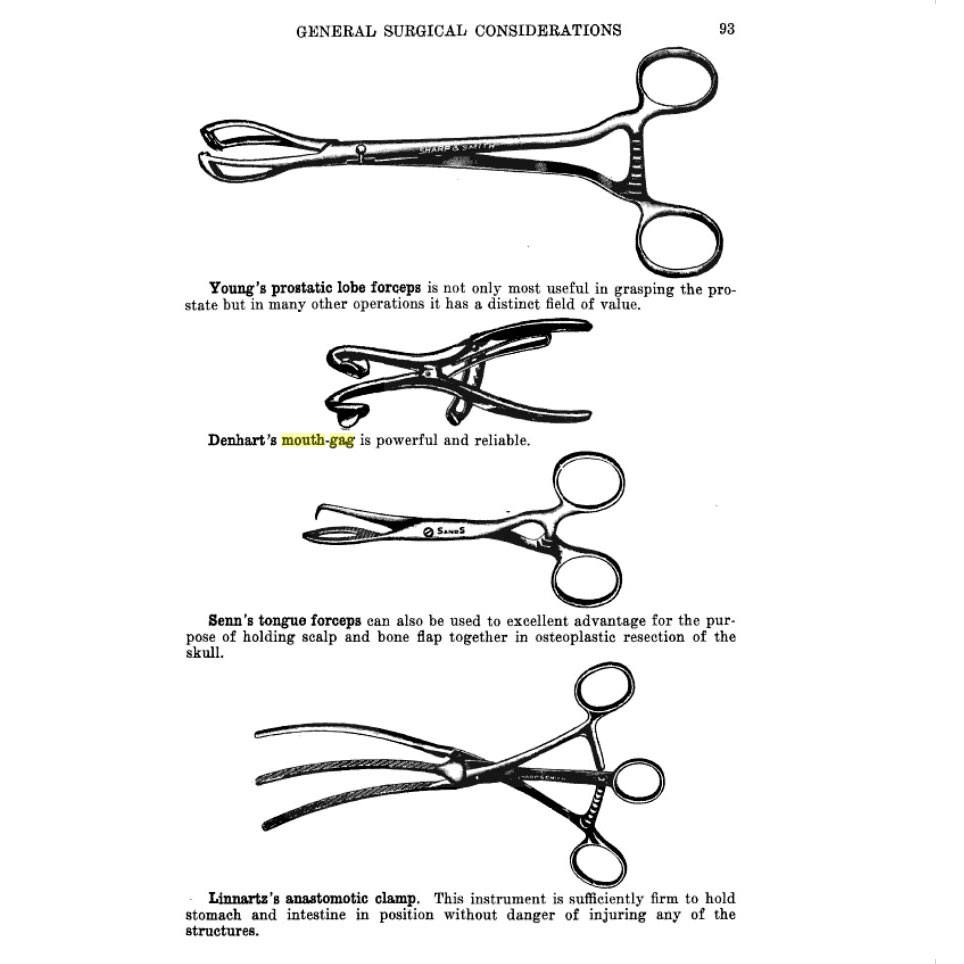 Heathcote was a transient space for mental patients. After a period of time, 6-month maximum, if treatment at Heathcote was not successful and the patient discharged, Claremont Hospital became the much less attractive end of the line for mental patients. Patients and their families were sometimes threatened with being ‘signed up’ (certified insane) if they did not recover promptly at Heathcote.

In the first room of the gallery is Reception, a large scale photographs of dilapidated suitcases plied in a somewhat structured order. Each with its individual character and unique beauty but with evidence of wear and tear.

As you make your way through the gallery, there is another installation of much different suitcases, Compartmentalise. These six cases are placed in neat rows
‍

in one of the isolation rooms which is a 2.1 x 2.9m room. Patients who were a danger to themselves or other were placed in these rooms for periods of time.

These suitcases are white and robust with shiny metal fittings and locks. One of the suitcases is made from a clear acrylic and filled with goose down feathers. The hard exterior exposes the fragile interior of this cases, not immediately different from the others.

If a patient at Heathcote were to behave a certain way and appear to be recovered, they would ultimately be discharged. The alternative meant a possible lifetime within a much less attractive institution without possible release.

In the photographic series of images, I present the medical equipment from the museum, being used on a subject. These large-scale photographs present the subject without an identity, more of an object on which the implements are being demonstrated. The willing participant takes on a plastic like mannequin feel, perhaps from a medical instruction manual. I am interested in the use of these implements to convey the objectification of the subject.

It appears that the patients in many cases were administered the same medical treatment despite their individual circumstances. The treatments often appear to be more about modification of behaviour, sedation and restraint, than therapeutic. This would also seem likely in a hospital, which was often short staffed, and at times, unskilled.

As these treatments were supposed to be cutting edge and more progressive than earlier treatments, I present them in this series which almost celebrates them but then presents an obvious discomfort as the contrast of hard, sharp metal objects are penetrated into soft, delicate tissue. 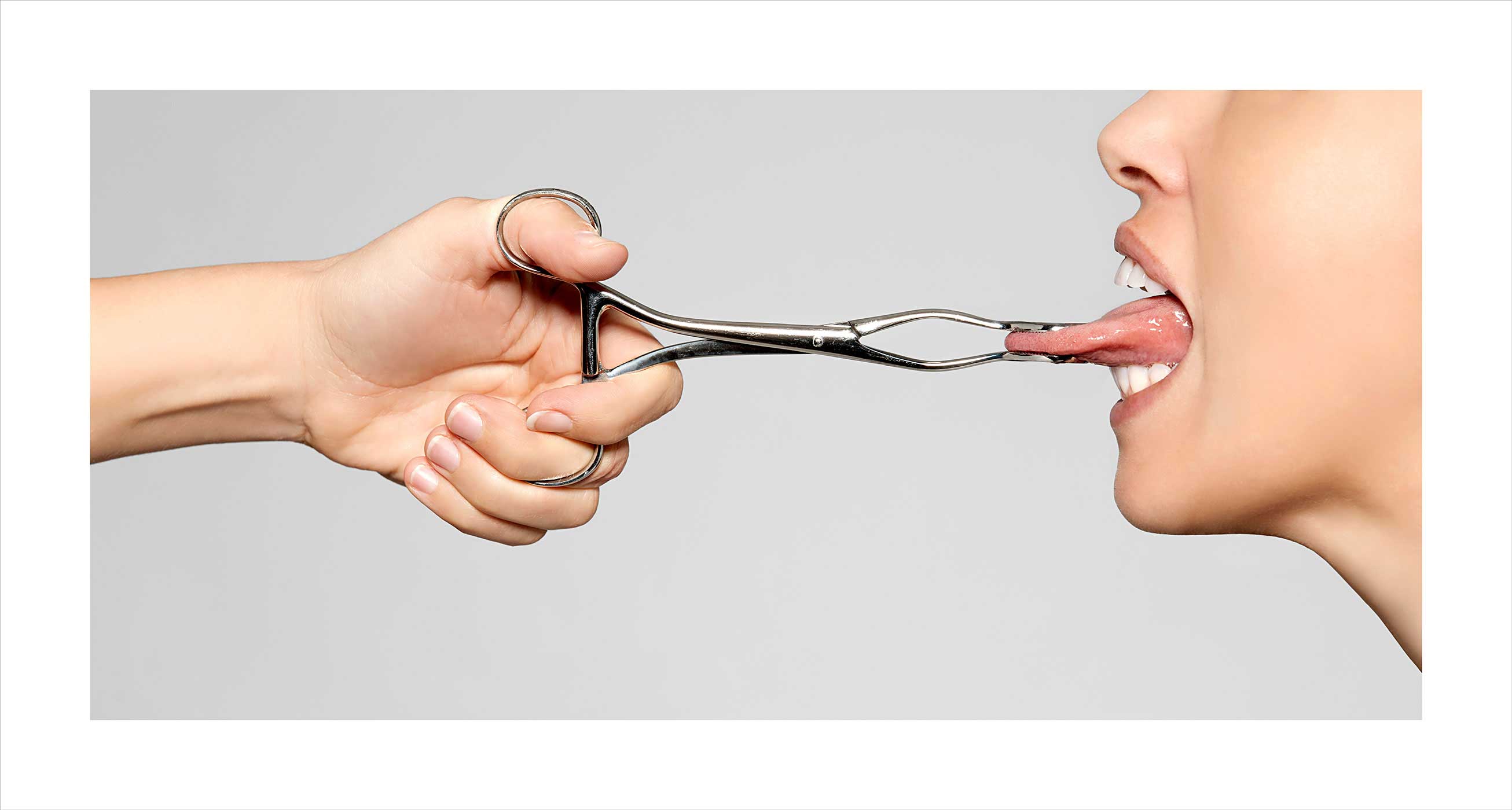 After several visits to the Mental Health Museum at Graylands, what was becoming a reoccurring and obvious theme was fragility. The fragility of the mind and the subtle difference between perceived sanity and insanity.

I have become very interested in the effect of the space on one’s mind. Does the institution and institutionalisation of people effectively serve them or in fact present a detrimental space for an already fragile mind?

Many of the treatments used at Heathcote including narcosis and insulin coma treatment induced long coma like periods of sleep. This installation represents a once safe and comforting object which has been transformed into a fearful and all immersing entrapment. The peacefulness of sleep is turned into a nightmare of inescapable state of sedation, the soft downy feather presenting an all-encompassing bed that engulfs its prey.

The fragile, delicate downy feathers will change with the passing of people through the space, supporting the ideas of fragility, the nature of the environment having an effect on the fragile nature of the subject.

This video work was projected in one of the small isolation rooms and presents a subject at a table separating a pile of goose feathers, categorising by the subtle difference in tone, light to dark. This obsessive behaviour reinforcing the idea of sane and insane by the categorisation in the feathers by subtle changes in colour.

Heathcote has 2 small isolation rooms which were used as a form of solitary confinement. Isolation rooms, or 'single rooms', were a standard feature of mental institutions. Seclusion was a common way of managing patients who were very unwell or acting in a way that posed a danger to themselves or to others.

They were used a behavioural reform of isolating patients physically, emotionally and mentally in order to control and change their behaviour. Research has shown that this type of solitary confinement exacerbated illness in those already suffering from mental infirmities.

I was intrigued by the newspaper article below from June 12, 1932.

A man clad only in his shirt and underpants had been seen loitering, he had climbed to the top of the 400ft wireless mast and was singing, “I’m painting the clouds with sunshine.” When all other attempts to persuade him to descend failed, the authorities switched off the lights. He immediately climbed down, and was taken off to Heathcote Hospital. 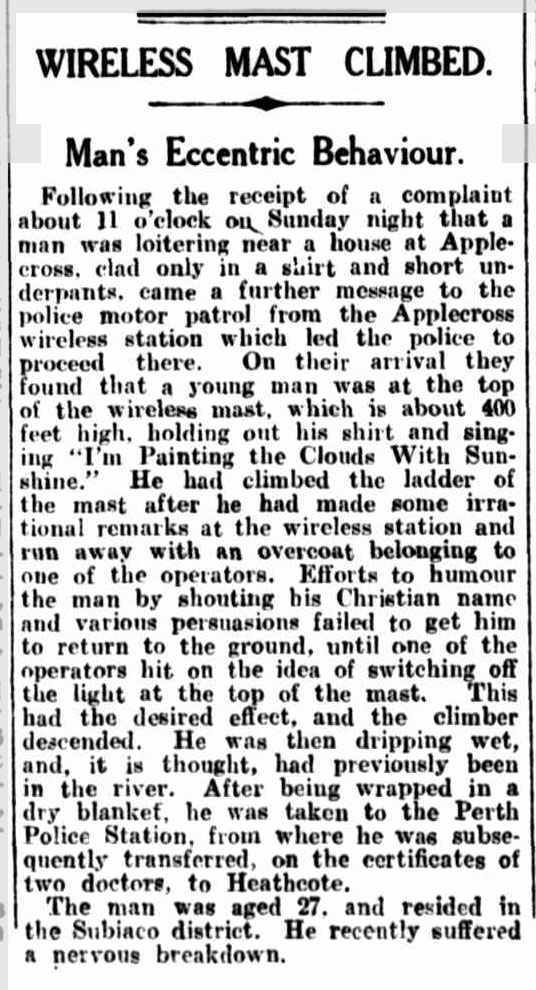 Following the receipt of a complaint about 11 o'clock on Sunday night that a man was loitering near a house at Applecross, clad only in a shirt and short underpants, came a further message to the police motor patrol from the Applecross wireless station which led the police to proceed there. On their arrival they found that a young man was at the top of the wireless mast, which is about 400 feet high, holding out his shirt and singing "I'm Painting the Clouds With Sunshine." He had climbed the ladder of the mast after he had made some irrational remarks at the wireless station and run away with an overcoat belonging to one of the operators. Efforts to humour the man by shouting his Christian name and various persuasions failed to get him to return to the ground, until one of the operators hit on the idea of switching off the light at the top of the mast. This had the desired effect, and the climber descended. He was then dripping wet, and, it is thought, had previously been in the river. After being wrapped in a dry blanket, he was taken to the Perth Police Station, from where he was subsequently transferred, on the certificates of two doctors, to Heathcote.

The man was aged 27, and resided in the Subiaco district. He recently suffered a nervous breakdown.

The video work, I’m painting the clouds with sunshine, is a long slow moving image of clouds which goes from a sunny brightly lit day to a grey stormy, gloomy sky. Societal ideas of the times are critical of what is accepted behaviour and what is not. If one acts out against these acceptable norms, they can be ostricised and isolated.

This video references the experience of the individual who climbed the mast, who seemed to be eccentric in his behaviour but unthreatening, comes to be in a mental institution with an uncertain future.